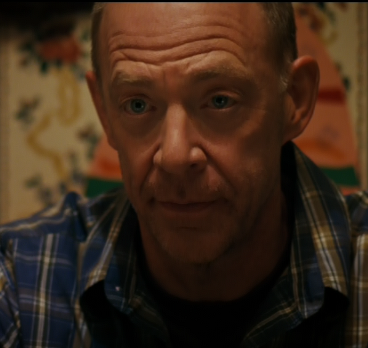 Mac MacGuff is the father of Juno and Liberty Bell MacGuff. He is portrayed by J.K. Simmons.

Mac is a middle-aged male. He has some wrinkles on his forehead and a prominent nose. He has bright blue eyes, and is balding, but the hair he has left appears to be a brownish-blonde color.

She is his ex-wife. They divorced when Juno was about five, and both have remarried.

She is his current wife. They have a daughter of their own, named Liberty Bell, and Bren is shown to be loving, supportive, and helpful towards Juno, her stepdaughter.

Mac married an woman and had Juno with her, then they divorced. He was granted full custody, and she moved away. About one or two years after the divorce, Mac and Bren got married. Five years after that, they had Liberty Bell.

Juno got pregnant at age sixteen, making Mac a grandfather. Her baby boy was adopted by Vanessa Loring.

Community content is available under CC-BY-SA unless otherwise noted.
Advertisement